MPC Capital Advisors, LLC was founded in 2010 for the purpose of providing investment consulting services to institutional plan sponsors. Our investment approach is that the proper structuring, management and monitoring of investment assets are the keys to fulfilling long term plan objectives. Each pool of assets is unique, both because of its long term goals and specific needs or constraints.

On average, our investment professionals have more than 25 years of diverse industry experience.

Whether the objective is capital preservation, periodic income generation or long term capital growth, we use quantitative tools and qualitative judgment to focus on evaluating and diversifying risk within each aspect of the investment process. MPC Capital Advisors' expertise in investment strategies and capital markets provides our clients the solutions to address these risks.

Each pool of assets is unique, both because of its long term goals and specific needs or constraints. Recognizing this, MPC Capital Advisors dedicates its efforts to providing professional investment advisory services to sponsors of institutional investment programs customized for each clients needs and requirements.

MPC Capital Advisors, LLC consults to a variety of industry clientele including but not limited to: Religious Organizations, Endowments, Healthcare Systems, Retirement Plans, and Foundations. 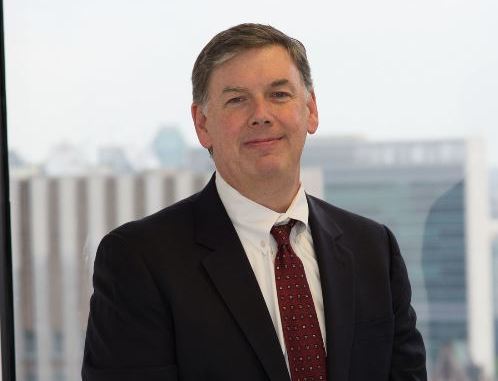 Fred is the Co-founder,a Managing Member, a Consultant and , the Chief Compliance Officer and one of the Co-Founders of MPC Capital Advisors, LLC. In addition to his client service and management responsibilities, Fred oversees the investment team and is primarily responsible for the development and delivery of investment services and solutions to MPC’s clients.

Fred provides MPC’s clients with more than three decades of experience working with institutional plan sponsors. Throughout his career, he has specialized in working with tax-exempt, committee driven entities in the non-for-profit and retirement arena. In addition to his work with plan sponsors, Fred has overseen asset allocation and manager research, liability based analytics, the creation of performance measurement & attribution systems and the CIO of an development of an OCIO platform, as the CIO and co-founder of a joint venture known as Clearbrook Investment Solutions.

Fred began his career in investment consulting at Merrill, Lynch, Pierce, Fenner & Smith Inc. working in the Investment Consulting Division, and then continued at SEI Funds Evaluation, Inc. after they acquired Merrill's consulting division in 1985. Fred joined Prudential-Bache Securities in 1986 taking the role as Director of the Investment Consulting & Research Unit of the Client Advisory Service Group. Fred joined MPC, then known as Madison Portfolio Consulting Inc., in 1995 as an officer and consultant.

Fred has served as the Chairman of the Board of Directors of the Unitas Investment Fund, Inc. of the Roman Catholic Diocese of Rockville Centre, NY as well as a member of the Diocese’s investment committee since 2001.

Fred has been active in the Investment Consulting industry, serving on the Board of Directors of the Investments & Wealth Institute (formerly known as IMCA) from 1995 to 2004. In working with W&MI Fred served as Vice President of Board (1997-1998), Chairman of its Performance Standards Implementation Committee (1991-1999), Chairman of the Certification Committee (1997–2003), board member of the Certification Commission (2009–2015; Chairman 2010-2012), co-chaired the Hedge Fund Task Force (2002-2005) and served on the Board of Directors of the IMCA NY Chapter (2011 to 2019). Fred was awarded The Pioneer Award by the Money Management Institute in April 2001 in recognition of his leadership in the investment service industry. He is a Certified Investment Management Analyst and a member of the International Foundation of Employee Benefits. Fred received his BS and MBA in Finance from St. John’s University, graduating with honors. 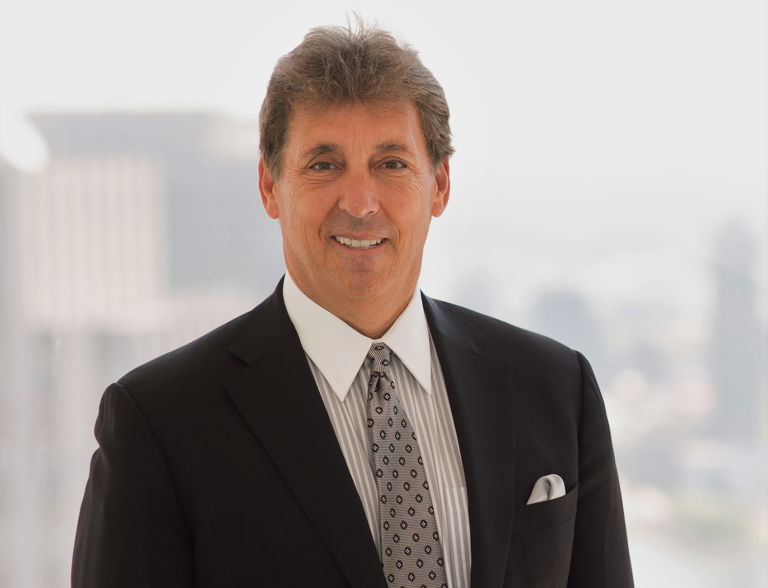 David J. Deluccia is a Co-founder and Managing Member of MPC Capital Advisors (2010). In addition to his management responsibilities at MPC, Dave oversees the investment team and is primarily responsible for the development and delivery of investment services and solutions to MPC’s clients. In this capacity, he assists clients in matters relating to investment policies and guidelines, asset allocation, manager selection and structuring, evaluating performance results, monitoring portfolios and implementing risk controls and mitigation procedures.

Dave offers MPC’s clients a great deal of experience in the development of investment strategies as well as investment vehicles. In addition to working with his institutional consulting clientele, Dave has also worked in the area of Public Finance assisting major healthcare systems in structuring bond proceed portfolios as well as assisting with the investment indenture structure addressing compliant and applicable securities. Dave has extensive consulting experience working with Endowments and Foundations. He has consulted to various universities and colleges working closely with their respective Investment Committees and Boards to develop and implement various portfolio strategies.

Dave began his career with Shearson Lehman Brothers working with institutions in structuring their fixed income and equity portfolios, and then continued at Smith Barney in the same capacity working with various major cities and healthcare systems. Dave continued his career by joining Kidder Peabody where in addition to working on structuring fixed income portfolios he worked on numerous Public Finance Refundings, structuring the escrowed portfolios. Dave then joined Prudential-Bache Securities and received his Certified Investment Management Analyst (CIMA) designation through Wharton Business School as he continued his consulting career. Dave is also the owner of Modern Portfolio Consultants, LLC.

Dave received his B.A. from Villanova University in Pennsylvania in 1979. He frequently speaks at investment and consulting related seminars and conferences. 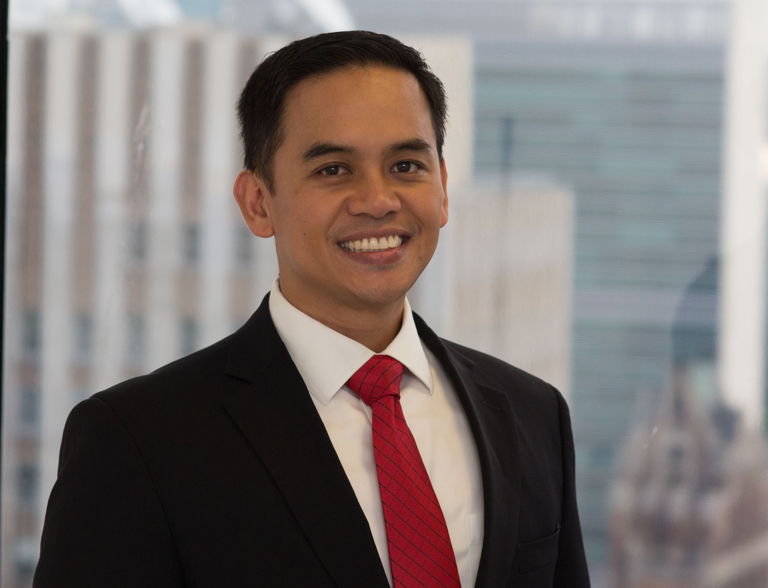 Joe is a Research Analyst for MPC Capital Advisors, LLC working in manager research and portfolio analysis and provides consulting services to the firm’s clients. Prior to joining MPC in Feb 2014, Joe was a Senior Analyst at Clearbrook. Joe joined our predecessor organization, Madison Portfolio Consultants, in 2003 and has remained with the group through the transition to Clearbrook Investment Solutions (2012) and consolidation into MPC Capital Advisors (2014) and is responsible for client reporting, manager research, and database management. He had also worked at UBS as a Financial Advisor and at Morgan Stanley where he developed financial plans for clients, wrote proposals, and actively managed client assets. Joe received his BBA in Finance from Baruch College and is a Level I candidate in the CFA program. 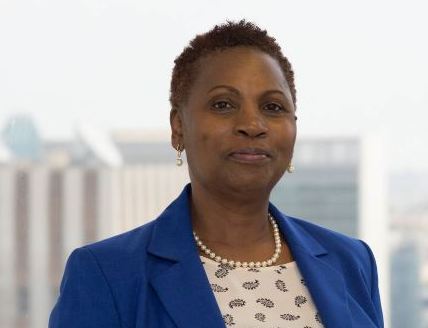 Judy is a Senior Analyst for MPC Capital Advisors, LLC providing portfolio investment analysis for both client reporting and manager research as well as providing support to the firm’s clients. Judy joined our predecessor organization, Madison Portfolio Consultants, in 2000 and has remained with the group through the transition to Clearbrook Investment Solutions (2012) and consolidation into MPC Capital Advisors (2014). Prior to Madison, Judy worked at Prudential Financial (1983–2000) as a supervisor of performance measurement services where she oversaw the delivery of client performance evaluation reports, discrepancy research and managing a team of performance measurement analysts. Judy holds a degree in Business Administration from Iona College. 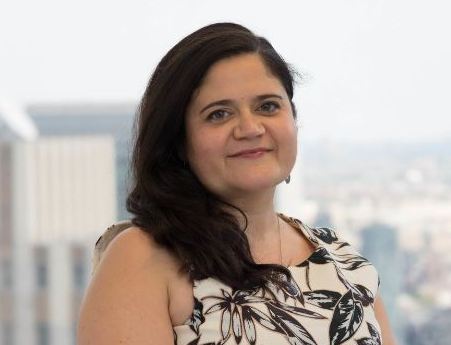 Cara is a Senior Analyst for MPC Capital Advisors, LLC providing portfolio investment analysis for both client reporting and manager research as well as providing support to the firm’s clients. Cara joined our predecessor organization, Madison Portfolio Consultants, in 2007 and has remained with the group through the transition to Clearbrook Investment Solutions (2012) and consolidation into MPC Capital Advisors (2014). Cara attended Simmons College in Boston, where she majored in Philosophy and History. 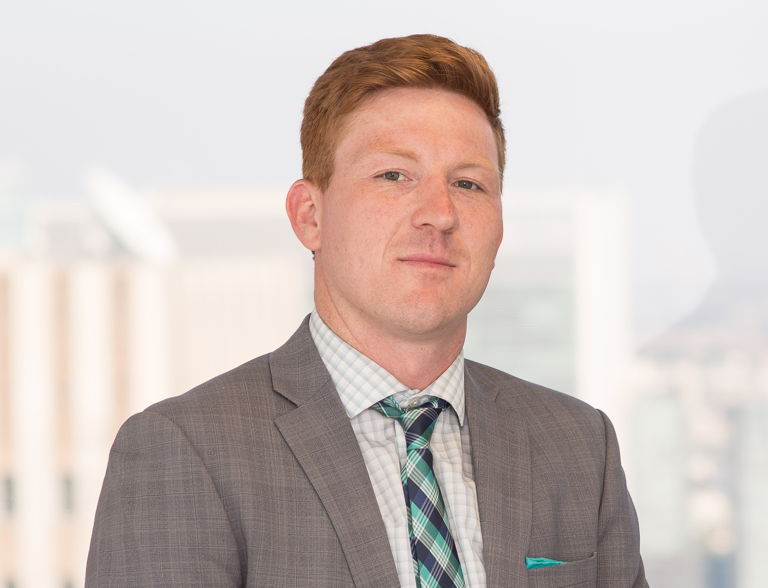 Michael is the Technology & Operations Manager for MPC Capital Advisors, LLC, providing support to core business functions as well as leveraging technology to enhance client support and business development. Prior to joining MPC in 2018, Mike worked as a Senior Business Analyst and Product Expert at IntegriDATA Business & Technology Solutions from 2014 to 2018 where his main role was focused on the business design and implementation of proprietary back office software, developed specifically for Alternative Asset Managers. Prior to IntegriDATA, Mike was an implementation specialist and upgrade consultant for Infor. He received a B.S in Finance from the Alfred Lerner College of Business & Economics at University of Delaware.

Find out how we can help lower your organization's fees and risks.